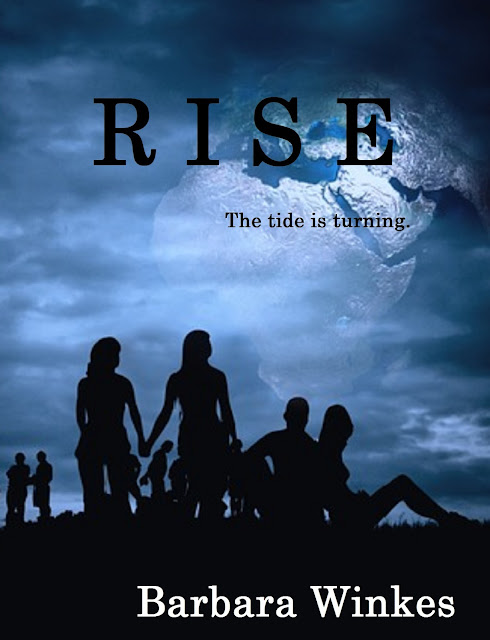 For a long time, paranormal beings have lived alongside of humans, and minded their own business. After being mocked, hunted and used for millennia, it’s not in their best interest to get involved in human affairs—yet, these five females can’t turn away from the attacks on the dignity of human women. They have intervened before, but one incident convinces them that the time has come to turn their efforts into a global movement. The tide is finally turning. 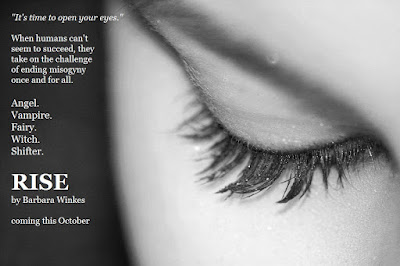 Buy it on Amazon here:  smarturl.it/RiseBW

A message from the author, Barbara Winkes...

Have you ever wondered what other species might think of humans when they look at us? Would they approve, or disapprove—would they care? My venture into the paranormal started late, mostly because I had always preferred the contemporary, especially suspense. My idea used to be that there are problems in the here and now that should be addressed in fiction, so that’s what I was writing and looking for as a reader. In real life, there are rarely quick and easy fixes to the problems in society, so sometimes it feels good to do in fiction, within one book, what often takes years, decades, or even generations.

However, after following politics for years, I became so frustrated one day that I started to doubt that we, humans, can ever get it right—and I began to see the appeal of speculative fiction and urban fantasy, taking it one step further and into the future, with characters who have powers that go beyond human.

I kept seeing articles about women who proudly joined a social media meme about why they didn’t need feminism, unaware of the many freedoms they were enjoying because of it. Online harassment of women by men and women. Women who don’t vote, or vote against their best interests. Meanwhile, many are trying hard to inform and educate, but all too often their efforts are not only overlooked, but rejected. And sometimes, people who are on the same side, get into big fights online over a minor disagreement, proving that divide and conquer still works perfectly.

If after such a long time, we still can’t have equality, and we still deal with people working against it, what will it take?

RISE explores the idea that a few paranormal beings take notice, and take sides, in the hope of nudging humans in the right direction, to end misogyny once and for all.

It seems easy in theory, but those five females soon learn that their newly adopted mission comes with consequences. Not all humans greet their efforts enthusiastically—and how can you deal with those who don’t care for being educated?

Rafi is an archangel. She and her sisters will be around even if humans manage to destroy the planet completely, but her friends won’t.

Madina is a witch, her lover Daphne, a vampire. Both Madina’s coven and Daphne’s clan have regarded their relationship with suspicion. When the question arises of whether to join the cause that is bigger than all of them, everyone must ask themselves what’s worth more—tradition, or the lives they can save right now.

Cass, a shifter, is married to a human man who doesn’t know her other side, and she fears what could happen if he finds out—which is more than likely, because humans are beginning to understand that they have gained new allies.

Skylar, a fairy, has to learn that her abilities, while not relying on physical strength, are meaningful to the change they are all working to create.

Mix in a couple of human women who are seeing the world progress in a way they’d never thoughts possible—this is the story of Rise.

I truly hope that at some point in our lives, we will see a faster and exponential change, and that a simple nudge could be all it takes to get us started.

I turned this hope in a story of action, adventure, and ultimately, love.

October 5th-8th, I’ll celebrate it together with other authors in an author takeover. You can take a look at the other authors who have signed up, chat with them, and take part in giveaways.

Would you like to win an e-copy of Rise?

Please comment with your email address and your choice of format (PDF or Mobi).

Thank you Rose, for having me!

Posted by Rose Montague at 12:56 PM No comments: