Press Release: Everything is Better With a Cape 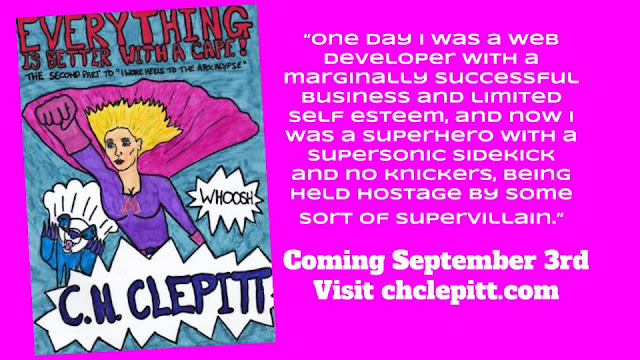 Everything is Better With a Cape - Press
Release

Having survived the apocalypse, Kerry is back to being a socially awkward web developer, but when apocalypse survivors start ending up dead, with her next on the list, events begin to spiral out of control. Follow Kerry as she deals with life and fashion challenges, whilst trying to save the world in this hilarious sequel to I Wore Heels to the Apocalypse. 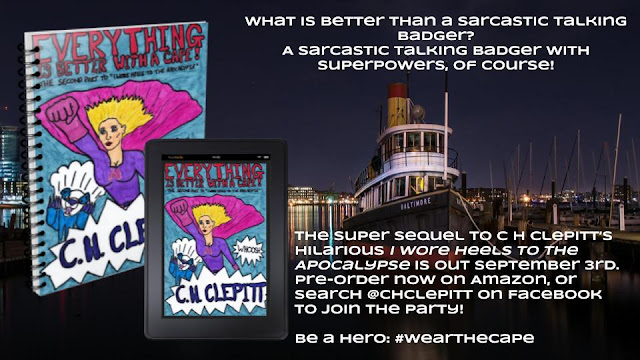 “There was a really positive reaction to Heels, over all,” said Clepitt when asked about her sequel. “People loved the badger, which was to be expected, and they were all sad when he disappeared at the end. Of course spirit guides are only around as long as you need them, and since in this new story, Kerry’s life becomes a bit of a disaster, we see the triumphant return of the badger in all its sarcastic glory.”

“I think it’s really important to write diverse characters,” she added. “The world is not purely one type of person, despite what traditional canon would have us believe and it is essential that everyone is represented. As authors we have a responsibility to write diverse characters where we can. It is also important to write what we know, so it is equally essential that we help and encourage diverse authors, so that all perspectives are represented within a modern canon. I also don’t think we should have to add “warning labels” to our writing, you don’t warn readers that your books contain straight people, do you? No-one’s worried that it will somehow offend people. Bigotry is not a sensibility I think we need to consider.” 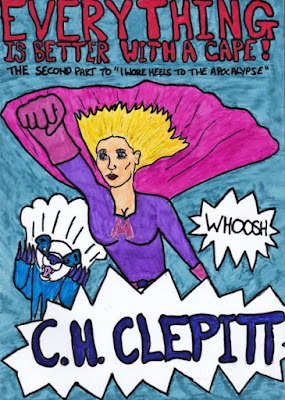 Everything is Better With a Cape is due for release September 3rd. Visit chclepitt.com for more information.

Posted by Rose Montague at 12:47 AM No comments: 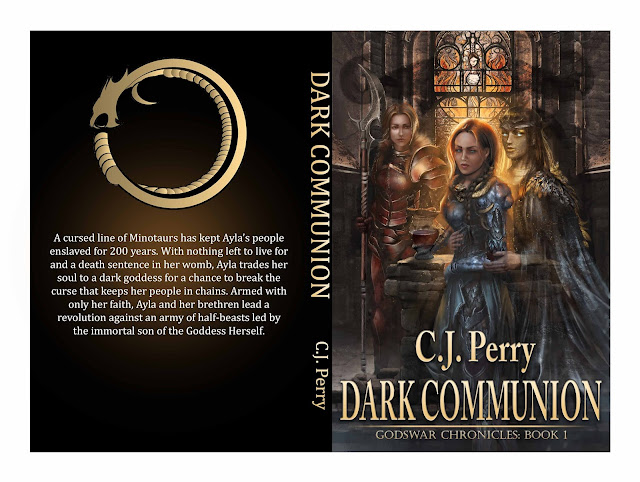 It's my pleasure to spotlight C.J. Perry on Fantasy Fun Reads. C.J. is one of my twitter buddies as well as a fellow North Carolina resident. He wants to get his name and his writing out there so this book is an instafreedie. Yep, that's right. How can you go wrong with that? I hope you take advantage of this offer!

Here is the book trailer...


The second book in the series, Rise of the Shadowalker is also an instafreebie. Wow!

Eighteen years have passed since Justin’s mother broke the God of Light’s Curse, freeing humans from the bonds of slavery. All his life he has been told his destiny lies within the dark fold, but Justin has never put his faith in any god. He is a Red Wizard, an order opposed to the war between Darkness and Light.


But when the Light returns for vengeance in the form a beautiful red-haired knight, the fuse of another war is lit. To stop it, Justin can no longer sit on the sidelines. Torn between family and love, he will have to make a choice, and put his faith in someone or something more than himself. 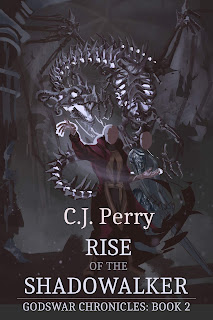 CJ Perry is sarcastic liberal nerd that played too much Dungeons & Dragons in his youth and never learned respect for authority, couth, or how to line dance. He is a NY transplant in the swing state of NC trying to vote it blue. He enjoys; writing, fantasy, writing fantasy, commas, and long, redundant lists. 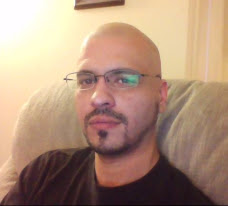 Unfortunately, my Amazon eBook sales are trending downward this year. Despite my promotional efforts, it's getting harder to get those sales. Which is why I am glad to report that my efforts to increase revenue in other areas has had some success.

Back in March I decided to expand my distribution channels through Pronoun making my titles available not only on Amazon, but also on Kobo, B&N, Google Play, & iTunes. These are the results through the first five months of my expanded distribution. I'm not breaking the bank (yet) but these sales add up. 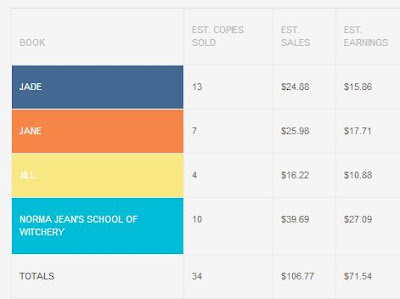 Last month my first book on audio released and already I have a dozen sales. This should add to my monthly revenue stream as well. I'm hopeful the second book on audio will release in September. These are being done on a revenue share basis through ACX so there is no up front production cost involved.

Even though eBook sales are down for me this year, my paperback sales through Createspace are up. I should pass the $100 mark in royalties at the end of this month, much earlier than last year. 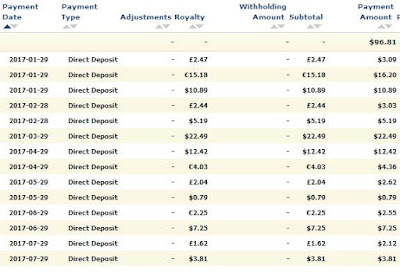 These three sources of revenue should help make up some of the shortage in the sell of eBooks. I'm thankful to those of you that have purchased my books through any format!

Although Amazon eBook sales continue to be my biggest source of revenue, it's considerably down from last year's total of almost 6K. Adding to this total from other sources will help. Year to date eBook sales via Amazon.. 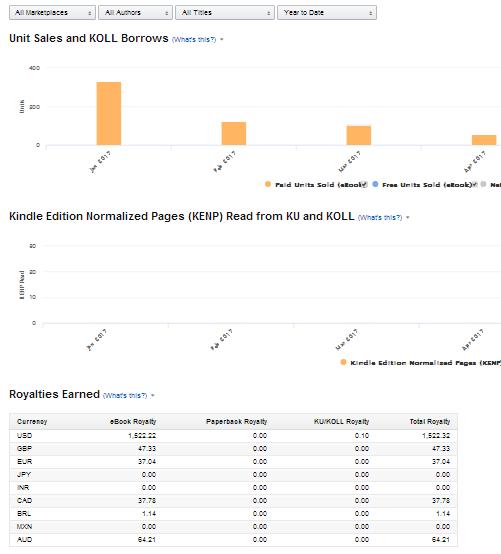