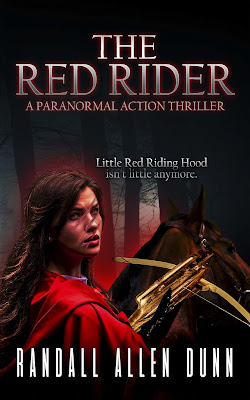 
My name is Helena Basque. When I was seven years old, I was attacked by a savage wolf that killed my Grand’Mere and left me with triple scars across my face. It also left me with endless nightmares of the wolf that stood upright and spoke to me.

I’m sixteen now, and I know it was no wolf. Nor was it alone. A pack of those creatures now threaten my family and everyone else here in La Rue Sauvage. Since no one will stand up to defend our province, I will hunt down the wolves myself. To stop them, I must do things I never planned to do, and become something I never planned to become.

For several years, I’ve trained myself to hunt and to fight and to show no fear. I have donned a red hood and cloak like the one I was forbidden to wear in childhood, to show them that at least one person is fighting back. I’ve armed myself with a repeating crossbow and other assorted weapons, and I refuse to stop or slow down until I destroy every last one of those wolves … whatever they actually are. 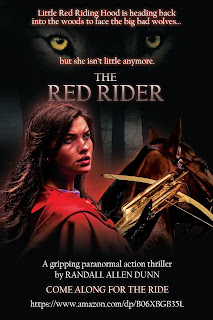 
Hooves thundering through the forest.
Cloak billowing in the wind.
Repeating crossbow armed and ready.

She’s back.
You can relax now.

You can get Book 2 in this saga here: https://www.amazon.com/gp/product/B078NN5V6N 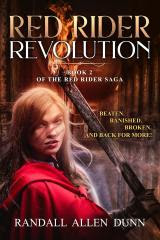 Randall Allen Dunn studied acting at Judson University, learning how to
create compelling characters and powerful stories through acting
techniques. He served for 9 years afterward as Drama Director at his
local church, writing weekly dramas and teaching acting and storytelling
basics to adult volunteers. He now writes action thrillers that read
like blockbuster movies. Action-packed, fast-paced & fun, with larger
than life heroes facing off against diabolical villains as they struggle
through deep moral dilemmas. His stories are published as Character
Entertainment - building character through fiction, with stories that
demonstrate courage, friendship, acceptance, faith, honor, and
self-sacrifice.


You can find his books on Amazon, Barnes & Noble, and other online
booksellers. You can also subscribe to his newsletter for advance alerts
of new stories at www.RandallAllenDunn.com. 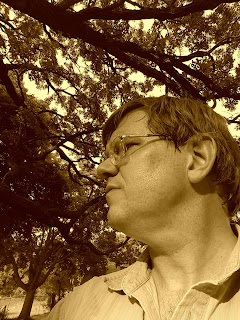 Posted by Rose Montague at 2:09 AM No comments: 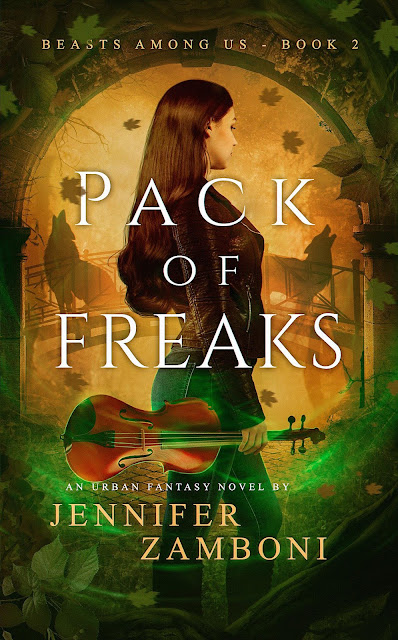 Please welcome Jennifer Zamboni to Fantasy Fun Reads. I met Jennifer as a fan of my books several years ago and I had no idea at the time that she would go on to become a great author herself. Pack of Freaks is the second book in her series called Beasts Among Us.

Gretchen wants a normal life: working in the salon, making music, and settling in with her new pack. If only her wolf side wouldn’t make decisions without her.

She survived betrayal and the fight for her freedom, so relationship issues and a group of fae-blooded circus freaks in her kitchen should be a breeze. But a plea from another pack and the exposure of the fae, including werewolves, to the human world just might tip the scale on her sanity.

Good thing she has good friends, a man who loves her, and music that soothed the savage beast.

Join Gretchen as she gives in to romance, discovers new truths about old friends, and embraces her role as alpha.

This one just released a few weeks ago and has already gotten some great reviews. If you haven't read the first in her series yet, check this out.... 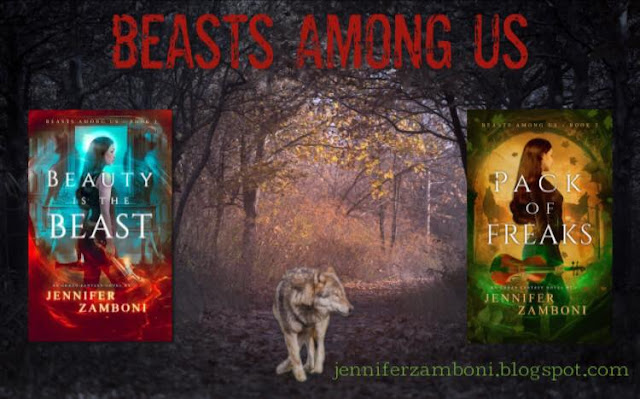 Start with Book One here:   http://bit.ly/beautyisthebeast

I love books! That would be the simplest explanation. The more in-depth answer is I love exploring a world and experimenting with all those little what ifs.

What do you know now that you wished you knew when you first started to write?
Grammar. I thought that because I got A’s on the English papers I wrote in high school, I knew grammar, and therefore completely neglected learning it. Now I’m kicking myself and attempting to educate myself. My early manuscripts are terrifying.

As far as the publishing industry itself goes, I’m still learning.

I wanted to publish my writing years before I made it happen. I finished my first book when I was about 19, edited it the best I could (again, that grammar problem), and began querying agents. I received a handful of rejections and a bunch that never got back to me. As time wore on, I took another look at my writing and realized, it wasn’t ready, and quit querying.

I began working full time as a cosmetologist, and writing fell to the back burner. (Note: I still read a ton!) Working in a salon is absolutely exhausting. The only things I wrote were a few short stories that have never seen the light of day.

Then, in 2008, I discovered NaNoWriMo. I wrote a 70,000 word paranormal romance novel, though I hadn’t yet encountered PNR at the time, and didn’t have a clue that’s what I had written. Soon after that, I discovered urban fantasy and fell in love with the genre. My next NaNoWriMo, I wrote the first ¾ of Beauty is the Beast (which I called Mosquito Bites). I had fellow writer critique it for me, and then I let it sit. I wrote the first 30,000 words of Pack of Freaks (sequel to Beauty is the Beast), when I began dating my now husband (which is why I didn’t win NaNo that year). I wrote a few other books in the following years, but I was continually drawn back to the world I created for Beauty is the Beast and I decided to pursue publication.

As for why I chose to self publish, it’s all about control. Some of my favorite books in the genre are the Mercy Thompson novels by Patricia Briggs, but I almost didn’t pick up the first one because of the cover. Mercy is depicted wearing a teeny tiny top, low slung pants, and is posed provocatively. Now, let me just say, the covers for the series are beautiful, but I don’t feel like they reflect the story. Mercy is a mechanic, wears coveralls, and is a jeans and tee-shirt type of girl. I wanted my covers match what was in the pages. I also wanted control of what I did with my book. In the publishing world, for an unknown author, you’d be in charge of all your own publicity and marketing. Indie’s have to do that as well, but they also don’t have to share their profits with a publisher, or their rights.

I published Beauty is the Beast last October, and while I’m still learning how to sell, I’m happy with being an indie.

Who are your favorite authors today? What genres do you love to read?
I’ve already mentioned Patricia Briggs! I’d love to sit down with her and pick her brain. I read almost everything, though mainly urban fantasy and romance. I like reading about life, I just like a bit of magic thrown in there.

The third book is a completed rough draft, and I’m in the middle of the rough draft for the 4th. That will close out the series, but I plan on sticking with the world. There’s so much to explore! I also have a PNR duology in the planning stages, also set in the same world. After that, we shall see! I have a notebook of story and character ideas to fall back on! 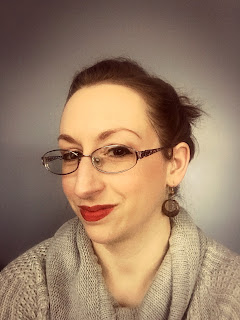 Jen loves books. Reading them, writing them, reviewing them, and collecting them. (She claims it’s not hoarding)
Urban fantasy is the name of her game, and being a mom is her day job. She also is a licensed cosmetologist, though she no longer works in a salon.
She lives in the boondocks of Maine with her husband, 2 tiny tornadoes (girls), 2 dogs, 3 cats, and 1 vocally insistent cockatiel.
To learn more, check out: jenniferzamboni.blogspot.com