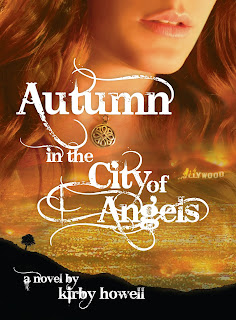 The first book in the Autumn Series, Autumn in the City of Angels, follows 17-year-old Autumn Winters after an apocalyptic plague wipes out almost all of Earth’s population. Alone in what’s left of Los Angeles, Autumn must learn how to care for herself in this drastically altered world. Finding food and clean water, securing electricity and safety, and deciding who is trustworthy and who is dangerous becomes her day-to-day fight for survival.
Among Autumn's newfound friends are siblings Ben and Rissi, motherly Connie, and mysterious Grey, a young man much wiser than his 18 years and harboring an unearthly secret.
The 1st book in the Autumn Series has accumulated several accolades, including being a 2014 National Indie Excellence Award Finalist, a 2014 Kindle Book Review Award Semi-Finalist and an honorable mention in the 2014 Beach Book Festival.

I sat on the kitchen floor, aware of the hours passing and the shifting light as the sun rose. I waited to hear my dad’s key in the door. But he never came home, and my mother didn’t call back. The texts from Sarah stopped by morning, too.
A rock formed in my stomach, a heavy, dense rock of truth. My parents weren’t coming home. I stared at the creamy Los Angeles morning sky and was too stunned to even react to the morbid knowledge of their fate. I was alone inside what was left of this city. The last fifteen hours had changed my life forever.
I used to be Autumn Winters, daughter of an actress and an architect. I had been one of three living in this home, but now I was just Autumn Winters, and I was alone. 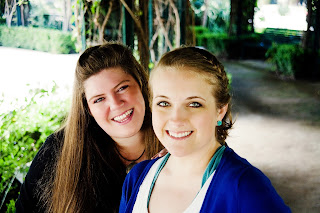 Dana Melton and Jessica Alexander, who write under the name Kirby Howell, have been writing together since 2000 when they met as freshman in their first scriptwriting class at the University of Alabama. Dana, a native Southerner, quickly showed Jessica the ropes and the joys of living below the Mason Dixon Line. Having lived in nearly every other part of the country, it didn't take Jessica long to acclimate to sweet tea, grits, and football. They both now live in Los Angeles with their husbands, and work in the television industry.

1. I'm interested in understanding how your author team works. do you kick around ideas, take turns writing chapters, edit each other's work? Can you explain the process?
Writing a book is complicated enough when just one person is writing it! When you get two people involved, things get hairy! We stay organized by keeping in constant communication about what we’re working on. This helps avoid 99% of potential problems. We email, IM, Skype, call, text (whatever!) if we’ve created a new character, changed any major (or minor!) points that could cause story threads to unravel, uncovered a major plot hole, or if we’ve just had a breakthrough and need a well-deserved pat on the back.
We depend heavily on outlines when we’re doing the initial first draft. We work on creating the outline together, usually in person. This comes after a couple weeks of daydreaming the original nugget idea into a plump, rich story with a beginning, middle, and end. Once the outline is as detailed as we can get it, we divide it up into chapters and start divvying up the sections. Dana tends to take the plot and dialogue-heavy scenes and Jessica takes the more descriptive, thinking-heavy-thoughts scenes. Working off the outline affords us the ability to know what the bones are in each section, including the ones we aren’t writing.
Once we stitch Frankenstein’s Monster back together, so all of the chapters are in one document, we load it onto our Kindles and give the entire thing a read-through. There are, of course, inconsistencies and some overlaps, but those are easily fixed. We discuss the manuscript as a whole and identify any (small or large) edits we want to make, then we tackle rewrites!

Dana rewrites Jessica’s sections, and Jessica rewrites Dana’s sections. This helps blend our voices into one, though after 15 years of writing together, our voices have become so close in pitch and style, it’s hard to tell one from the other.
After these rewrites, we start our Beta process! We send a couple chapters at a time to our Beta Readers along with a questionnaire.
Once this is done, we do more rewrites.
Then, we send the manuscript to our editor!
Then we do more rewrites.
And so on and so forth. ;)

2. You guys must share some common interests in reading as well. What books or authors do you have in common and what made you decide to write in the Sci-Fi/dystopian genre?

Dana: I’ve been reading scifi for as long as I can remember. I actually recall being perhaps in Kindergarten, curled into my Mom’s arms with the novelization of Star Wars. I was learning phonics and had grown up seeing the original trilogy. And I remember the sheer bliss it was when I sounded out the word “Chewbacca.” I was as proud of myself as my mother was! Over the next 15 years, I read everything I could in that genre. I read the YA stuff by Heinlein, tons of Star Wars books and everything by Douglas Adams. By college I started branching out a little more and became a fan of the classics as well, people like Jane Austen, Margaret Mitchell, Emily Bronte and T. H. White. And in more recent years, I’ve been reading a lot of deliciously geeky stuff by folks like George R. R. Martin and Ernest Cline.
Because we’re not only writing/business partners, but also best friends, a lot of our reading tends to overlap. If I’m in love with a book, I can’t help but gush about it to Jessica and vice versa. I remember when she was first reading Outlander years ago. She called me up and told me I MUST read this book… right now. So I did! And I loved it! It was the same when I recommended 11/22/63 and Ready Player One to her! It’s also been really fun for me watching her swim in the deep end of the scifi pool. In college I kinda started her in the kiddie pool, but these days, sometimes she’ll find a book in the genre before I do and send me a recommendation!
Jessica: I didn’t really get into scifi until college, when I met Dana, and then I discovered that I loved it! Before, I enjoyed mostly historical fiction. My favorite author in high school was John Jakes (“the godfather of historical novelists”), who wrote The Kent Family Chronicles and The North & South Series. When I was younger, a Roald Dahl book could always be found not too far from me.

Right now, I’m discovering that I love journey books – where the main character goes on a physical (and emotional/mental) journal. I love when maps are involved. I loved Into the Wild by Jon Krakauer, Death Walk by Walt Morey, and most recently Wild by Cheryl Strayed. The fact that journey books are a ‘thing’ came to my attention when I saw this interactive map on Paste.com: http://bit.ly/1IUbj5W. This bodes well for us because our next young adult series, The Wayfarer, involves a physical journey! (“Wayfarer” means “a person who travels on foot.”)

I don’t think we ever decided to write in the scifi genre – it’s what came naturally to us! The dystopian trend over the past 8 years has been both a blessing and a curse to us because we started writing the Autumn Series (which is technically in the apocalyptic genre) when The Hunger Games was only starting to gain popularity after the vampire trend lit the literary world on fire. It helped that there was a hunger for books in the ‘familiar world changed forever’ genre, though we were (and still are) afraid our Autumn books will get lost in the sea of dystopian books.

3. Is there a third book coming? What other writing projects are you working on?
The third book in the Autumn Series, Autumn in the City of Lights, is available on Amazon. We’re equally sad and excited to have completed Autumn’s story. Now that this series is complete, we’ll pick up where we left off on The Wayfarer.

The Wayfarer will be a trilogy of young adult fantasy books following a teenage girl lost in the Central California foster system. When she has a particularly frightening run in with some bullies at school, she runs away and unknowingly stumbles through a passageway to a land called Providence. She comes to find out that this place is what we know of as Limbo – the place between life and the afterlife. She begins searching for the one person who she believes might still be there, waiting for her, and can make everything in her life right again.

4. Tell us about your publishing experience. Did you try to find an agent or publisher first, or did you always intend to self-publish?

We actually had a literary agent and a publisher, however we ended up breaking ties with both parties in order to publish The Autumn Series the way we wanted to. We both come from very entrepreneurial families, and we were taught at a young age that if you didn’t know how to do something, you dig in and figure it out yourself. Research, interview, read, experiment, get lost, destroy, start over, FINISH.
We wanted Autumn to be able to compete with traditionally published books, so we treated the manuscript the way (we hoped) a publisher would. We hired a professional editor, proofreader, cover artist, and photographer. Dana, the computer whiz, taught herself how to code the manuscript for Kindle, and Jessica learned how to format for paperback. We experimented with social media, online and print marketing strategies, and even threw a book launch party, which over 100 people attended.
It takes a lot of time, effort, and some tears, but in the end, we have a product that we’re proud of.

5. What have you learned since you first published that you wished you knew when you first started out?
Dana: Don’t get overwhelmed with having to learn how to be a publisher, a formatter, a marketer, etc… Just take it one step at a time, do your homework and get to work. It’ll all be okay.

Jessica: Try not to let bad reviews bother you. Though they tend to stick to you like bubblegum caught in your hair, read ‘em and forget ‘em. Move on. Read a good review. Read the bad reviews of an award-winning book of your favorite author ever – this will even the playing field and remind you it’s all subjective. Opinions are like armpits – everyone’s got ‘em.

Posted by Rose Montague at 9:43 AM