What is Urban Fantasy? 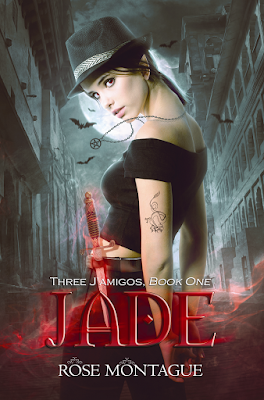 I get asked this all the time.  The short answer is that it is fantasy in a modern setting.  Imagine a world like the world of Jade with the time being present day.  The main difference in this world and the real world is the edition of paranormal elements and supernatural creatures.

Magic is real in Jade and witches play an important role.  Two of these roles are explored in Jade. First, in law enforcement.  There are witches in law enforcement both with the police as well as the FBI. Jade is part of a supernatural task force withing the police department that deals with paranormal crimes and supernatural creatures like witches, vampires, and shifters.  Her partner is a werebear named Rolfe.  Second, in healthcare.  Witches take part in healing spells and potions.

At some point in the timeline of this fantasy world, history veered off from modern day real world history due to these paranormal elements.  In Jade's world shifters have their own territories within the real world, witches have their own laws that they are subject to in addition to the normal human laws, and they have their own schools where magic is taught.  Vampires are ruled by masters of the cities and the world of Faerie is a real one.

In Jade, it's all great fun and adventure.  Jade herself is the mutt of the supernatural world with elements of witch, shifter, vampire, and fae.  How she got that way is part of the mystery.

Some urban fantasy books have interesting sub-genres like post apocalyptic urban fantasy.  I would describe the world the Kate Daniels to be in this genre.  I love that series and some other urban fantasy series I love are the Mercy Thompson series, as well as Anitia Blake, Jane Yellowrock, and Sookie Stackhouse.

You can also find elements of romance in urban fantasy books.  Jade has what I would describe as a light touch of romance, non-stop action, over-the-top humor, and several mysteries that might surprise you.  If you would like to give Jade a try, follow the links below.