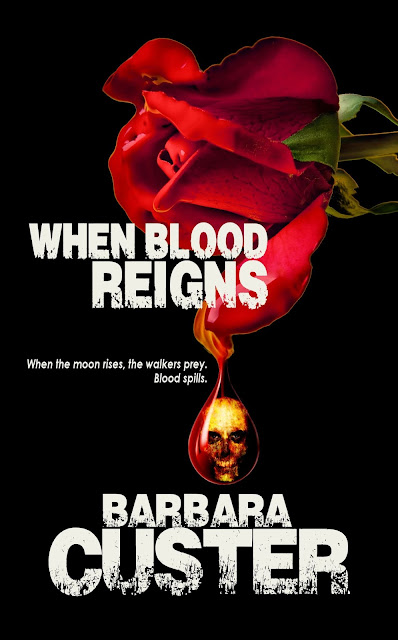 I'm very pleased to host author Barbara Custer this week. The beginning of a book is so important, it keeps a reader interested and the ending gets them motivated to look into your other books or the next one in a series.

Those Troublesome Beginnings and Endings

This past month, I wrote a short story. It took a week to write it, but I needed another two weeks to rework the ending. According to my beta readers, I started off with fire but fell flat at the end. People ask what I find most difficult about writing. I’d say that writing beginnings and endings are tough. Especially endings.

Years ago, I started writing short stories. Now and then, an editor might ask for a rewrite, saying, “Your ending needs work.” That was when I’d start groaning. Behind the editor’s desk now, I notice that other authors struggle with their endings. When I request a rewrite for Night to Dawn magazine, it usually involves the ending.

“One Last Favor,” a novella-length story in the City of Brotherly Death gave me the hardest way to go with its ending. This tale features Tara, a nurse who goes up against the leader of a zombie colony. On my first draft, it ended with Tara willingly becoming undead. Then I realized that a dedicated nurse like Tara wouldn’t throw in with monsters that terrorize humans, so I attempted a different ending. My editor felt that my revised conclusion didn’t work, and she was right. That story went back and forth between my writer’s group and the editor three times. I came up with Tara marrying Chris, another major player, but my editor noted that I needed to resolve Tara’s pursuit by the revenants stalking her town. Several pots of coffee later, I came up with a workable ending. Thankfully, my editor had patience and a sense of humor.

When Blood Reigns didn’t give me any grief with the ending because it’s part of a serial. My current WIP is probably the last in the series. However, I was supposed to introduce my characters when I’m writing the second and third books in a serial, in case the reader hadn’t gotten around to buying the first book. Since that hadn’t happened, I wound up reworking the beginning by writing a prologue where Alexis tells someone about the struggles she went through in the previous novel (Steel Rose).

With my current WIP, I suspect I’m in for it as far as endings go. I’ll need to tie up the subplots and show that my characters have changed. A “twist” ending may work, but it has to be believable. The ending has succeeded when, upon arriving at the last word, the reader and I feel satisfied.

Why is this process so hard? In the beginning, I’m introducing a cast of new characters; I need to get to know them before I can construct a beginning that works. The thought crossed my mind to write the ending and use that as a basis for my story. The trouble is, my characters have minds of their own, and their decisions take me in different directions. Someone suggested that I let the characters decide their ending.
Have beginnings and endings posed a struggle for you? I’d love to hear about your experiences with this.

Blurb for When Blood Reigns:

Marked for death, Alexis accompanies her lover, Yeron, and four survivors of a zombie invasion on a search for the renegades who created a chemical that induces a zombie-like state. On the way, ravenous flesh-eaters attack Alexis’s team; one survivor turns on her. She realizes too late that the renegades have been tracking her every move. When officials capture her, she becomes deathly ill. Can DNA splicing save her? Will Yeron’s attempts at rescue jeopardize all their lives?

Barbara lives near Philadelphia, Pennsylvania, where she works full time as a respiratory therapist. When she’s not working with her patients, she’s enjoying a fright flick or working on horror and science fiction tales. She’s published Night to Dawn magazine since 2004.
Other books by Barbara include Twilight Healer, City of Brotherly Death, Infinite Sight, and Steel Rose; also novellas Close Liaisons and Life Raft: Earth. She enjoys bringing her medical background to the printed page, and then blending it with supernatural horror. She maintains a presence on Facebook, Linkedin, Twitter, and The Writers Coffeehouse forum. Look for the photos with the Mylar balloons,
and you’ll find her.
Amazon
Barnes& Noble
FictionDB