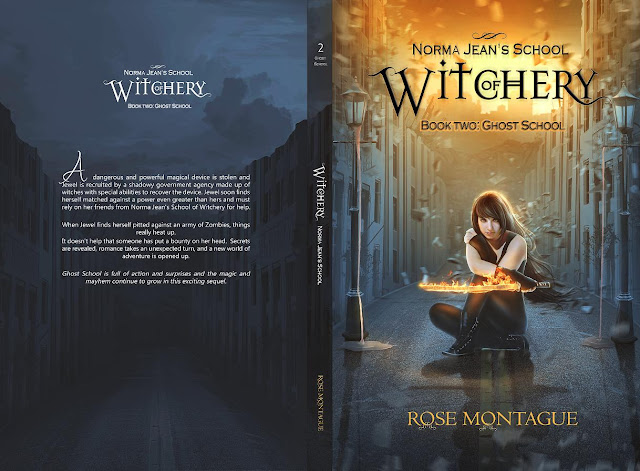 I had experimented with chapter titles in Book One: Jewel and had so much fun with it. I found it helped me focus on what I wanted to write in that chapter and gave me motivation to get it written. Here are a few from Book Two: Ghost School....

Chapter One: Who You Gonna Call?

What better way to start? "Movie night at Norma Jean's School of Witchery."

Chapter Four: Under The Radar

Another movie reference. Jewel goes on a run through the woods with some Werewolves.

Chapter Eight: None So Blind

"I dreamed of Thor again. I was naked in a big field, and he was up there throwing lightning bolts at me
without much luck. He was wearing a blindfold and appeared to be frustrated. I wanted to play, and he
couldn't hit the broadside of a barn."

Chapter Eleven: How I Learned to Stop Worrying

Yet another movie reference. This chapter is explosive!

Chapter Seventeen: Dead or Not Alive

It's not always nice to be wanted.

Chapter Eighteen: Thou Shalt Not Pass

Yep. Riddles on a bridge.

Chapter Twenty: Off With His Head

Too funny. Jewel has always wanted to say that.

Chapter Twenty-Three: The Medium Is The Message

A book reference this time and with a double meaning.

My favorite. You're going to have to read the book to find out why.