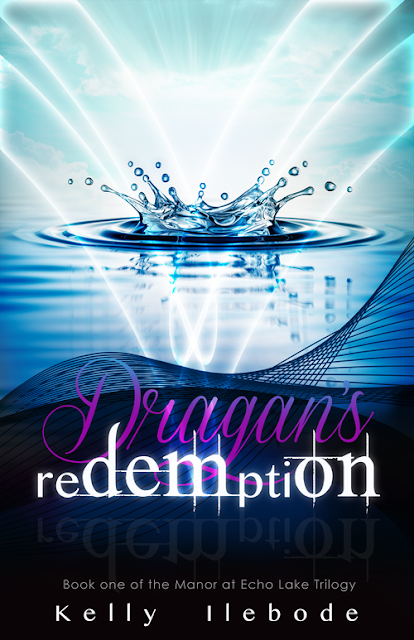 Amira Coulter had spent her young 26-year life battling a serious but manageable blood disorder. When her doctor told her that somehow an anomaly had manifested within her cells and that she was going to die, she decided that it was time to start living. Selling everything she owned, she jumped at the opportunity to rent the storybook cottage on Echo Lake in the Berkshires of Massachusetts. Instantly attracted to the handsome doctor that owned the property she worked hard to break down his barriers in hopes to to experience love before it was too late.

Dragan Reynolds, a well-respected doctor at Brigham & Woman’s Hospital in Boston had desperately spent more than half of those years trying to save his soul from the fires of hell. Discovering his twin brother Aaron had rented out the cottage on his property without his permission, he wanted nothing more than for the tenant to be gone – until he met her. From the moment of their first meeting, Dragan was mesmerized by her carefree spirit and lust for life. Eventually learning of her illness, Dragan realized that he was the only person on earth that could save her from death but would he have the faith and courage to sacrifice everything, including his own life, for the one he loved the most.

Get It On Amazon: 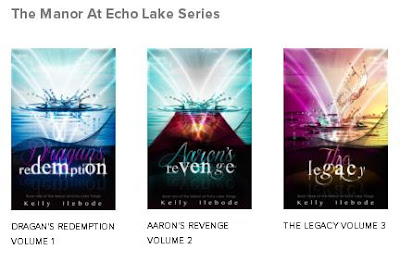 Kelly Ilebode, a self-published author, lives in Malden Massachusetts. She was born in Skowhegan, Maine the seventh child out of ten and at the age of five, she was placed in the first of four foster homes. The very morning after she graduated from Carrabec High School in North Anson, Maine, Kelly hopped on a Grey Hound bus and headed to Boston, Massachusetts. She was seventeen. Despite her turbulent childhood Kelly was able to use her writing as an escape from the real world.


Her first self-published book was a leap of faith on her own abilities as a writer. Staying true to who she was she writes from the heart and has a devoted following to her books.

In Search of Grace (August 2012), her first published work, tells the story of how one woman was faced with not only confronting her past, but accepting it. With the help of friends, she learned that she did not have to face the world alone. In Search of Grace hit number 5 on the free downloads one month after publication and gave her the much needed confidence to keep writing.

Kelly is the mother of four human children, two feline children, and one very manic Chihuahua. 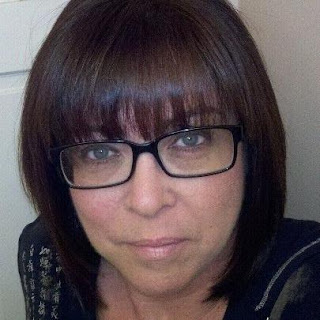 1. This book looks different from the norm and touches on many genres and categories. What inspired you to write this book and how has the series developed over time?

I have always been fascinated with religion and the many theories that are projected from all of them. My family has a blood disorder (Protein C deficiency) and the book started with the main character having this condition. Then, I took that and asked myself, are "we" truly stuck with who we are or can we change and have redemption. This was my take on the thought. This book was written in four weeks. The quickest I have ever completed any novel, and it literally flowed out of me. The whole process was surreal. I completely connected to the characters and what they were feeling from a spiritual and a literal sense.

Each book in the series, stayed true to the internal war that we all face in our lives with each character having to look deeply and honestly at who they are and what they would do (if anything) to be happy and protect the ones they love.

2. Did you try and find an agent or a publisher with any of your books or did you always intend to self publish?

For my first book IN SEARCH OF GRACE I sent over 100 query letters. The first reject was the hardest and through the query process I had never even considered self-publishing. In fact, I knew very little about the publishing world. After my last rejection letter, it was a Facebook friend that told me to try and self publish (he was a published author WITH an agent) and he thought my work was great. I felt I had nothing to lose, so I spent several weeks compiling information and decided to go with Createspace for the paperback and Amazon for the ebook. I was one of the lucky ones and have had sales from the beginning. Now, I cannot even imaging working with a publisher!

3. What have you learned after writing and publishing several books that you wish you knew when you just started out?

I am currently working on my tenth novel, so I guess I am considered a veteran, and the one thing I wish I knew back then, was that other peoples opinion really doesn't mean anything if YOU are not happy with your work. I tried to conform to what people wanted at first and it was hard writing because I tried to please everyone. I writer should never do that. I write now to feed an inner need, which is to write. If people like my work, awesome; if not, maybe they will like the next book.

4. What do you do to market and promote your books and what has worked best for you in the past?

I am constantly marketing. Sometimes it might be through Amazon marketing, or Facebook, or my own website. The real change for me, came when I published my third book. I think it showed the readers that I wasn't just a one book person? Not sure, but something changed and the sales really kicked in at that time.

5. Tell me three great things about this book that might convince those reading this to give it a try.

The Characters for sure. This book, out of the nine published, is still one of my favorites.
It is not what you might expect from a Vampire story. I tried to make them more "human" than vampire, because that is what they were before they changed.
The wolf. I want readers to fall in love with Shadow, as much as I did. He is just as important to the book as any of the other characters.