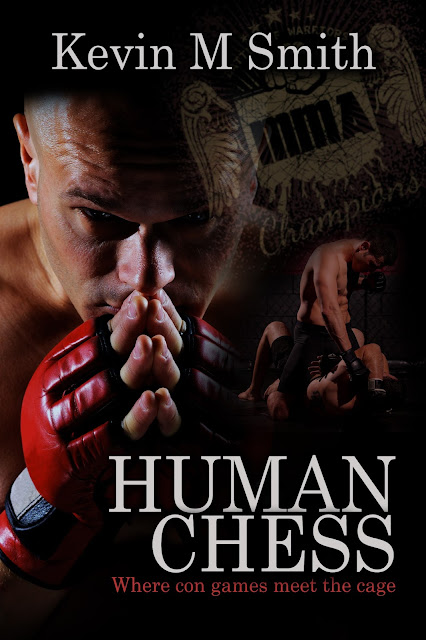 The Sting meets The UFC and whether the promoter, the con man, or the fighter should run the league. Mixed Martial Arts (MMA) is often described as human chess, emphasizing not the blows landed as much as the movements leading to make one's opponent "tap out"-a final act of submission. Daniel Mills employed the same philosophies in running successful long cons. Mills, a former fixer and now down-on-his-luck nobody has to return to a life which caused his fall to protect the family that abandoned him. His ex-wife's nephew is a rising MMA star whose promoter may not have his best interests at heart.

The conversation ended. Blood returned to the face of the man who called me here. Still not extending a hand, he sat and spoke in a much friendlier tone. “So, Daniel…how’d everything go last night?”

“It was a viewing. Grand fun was had by all,” I said, trying to veil my contempt.

“Yeah.” He sighed as he massaged his temple with his thumb. “Did you check on Andrew like I asked you to?”

This surprised him, “Does he remember you?”

I shook my head. “He came to see his aunt while she and I were talking.”

This made more sense. He motioned for a glass of water. “Did he appear to be okay?”

I looked blankly. “From what I saw he looks in shape. I didn’t have him run any calisthenics or sparring drills, but my impression is that he’ll be ready.” The water came and with it a pill. He swallowed both in one swoop and slammed the glass into his desk blotter. “Just give me a straight fucking answer, will you?” He shook with exasperation. “How is he dealing with the death? Is his head in the game or do I pull him from the card?”

I was surprised. I expected to be spoken down to throughout our discussion. Ever since he got the best of me, Joe Morrissey never regarded me as his peer. I was forever his underling. In this case an employee assigned to provide information about a former relative. Twice now he’d blown up on people using vulgarities. He prided himself on never using crude language.

He continued to look through me. I thought about what this meant. Finally, I made a clicking noise as I spoke. “It’s hard to tell. Some people need to get right out there to keep from grieving. Others can’t get past what’s happened and don’t know that until they’re already in the ring.”

“I know that Daniel! That’s why I sent you. You read people better than anyone I know.”

I gave it to him straight. “We heard both of you at the press conference. He’s calm. He appeared to me that he’s focused. Yeah. Let him fight.”

“You saw him yourself. You read people as good as I do.” 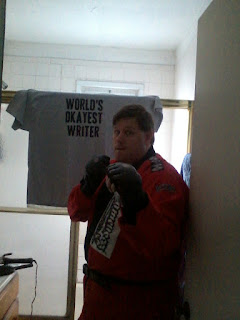 1. What inspired you to write Human Chess?

My wife’s cousin was the Lightweight Champion for a Mixed Martial Arts promotion and when he lost his title they refused to give him an immediate rematch. As he came up for contract renewal, he signed with a larger promotion and the first league misrepresented facts in my opinion to keep him from moving on.  It cost him a year of fighting (and earning a living to provide for his family).  They had to sell some investments even. Someone asked me, “What would I’ve done?” and my con-man brain started to build an answer.

2. It looks like this is a mixed genre book, not only about MMA but with mystery and suspense elements. What are some of your favorite books and authors?

The "Victor Carl" series by William Lashner (Bill is my favorite author).  "Con Ed" by Matthew Klein, "The Godfather" by Mario Puzo, "The Count of Monte Cristo" by Dumas.  “Alex” by Pierre Lemaitre was simply the most amazing book I’ve read in the last five years because he makes you run the gambit of every emotion for each character in the story. I write to hopefully be that for someone else.  He has a new book "Blood Wedding" that comes out in September.  I acquired an Advanced Reader Copy and can't wait for others to read this gem so I can talk to someone about it.

3. You have an amazing number of great reviews! What is the secret?

I think a great book needs a combination of awesome characters, sharp dialog, and compelling themes.  You can get a slight reprieve if you can hijack your audience and steal them in a direction they didn't see coming.  Gillian Flynn's "Gone Girl" was an interesting story as I was married five years, (Just like Nick and Amy) so I was vested. But when the “reveal” hit, I was EXCITED to learn what was next.  So, the secret is writing with respect of the audience and the terror of letting them down.

4. What are you currently writing? Is there a sequel in the works?

Originally Human Chess was to be a "one-off".  I had a completely different plot line that I was excited about.  I had about 120 pages written and the story happened in real life, so I put in a drawer until I can find a new take.  My agent asked me to create a sequel in case the book showed an audience so "Smash and Grab" is written and going through edits right now. A third book as well as a separate series are now in the outlining and character profiling/settings stage

5. What have you learned since your first book published that you wish you knew just starting out?

That acceptance of a novel is still about a year away from seeing the light of day as a finished work. (Friends and parents are unrelenting asking about it and then doubting that you really will be published)