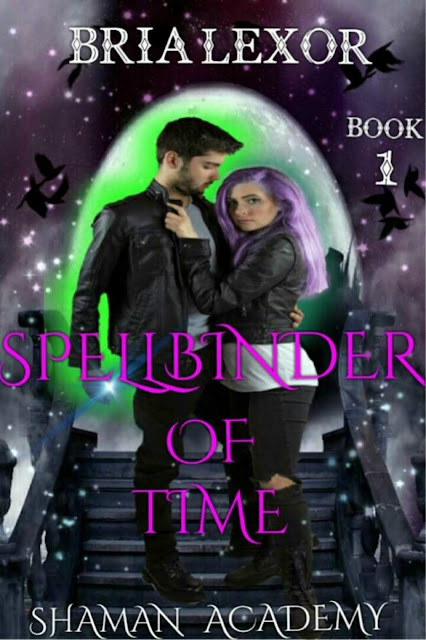 Nyxie Playfield-Starlit is a medium who is struggling to find the balance between the worlds of the living and the dead. She joins a Shaman Academy only the best Shamans become Spirit Chasers. The Spirit Chasers protect the world of ordinary people who are called "The Lifeless" from the dark forces beyond our world. She is searching for her mother who went missing six years ago when she runs into Evan Reigns "Solas", the Shaman King's son. Nyxie's life is endangered after her powers manifest themselves. Will Nyxie be able to blend in as a Shaman Spirit Chaser? Or will she be hunted down and killed by those who seek her power?

“I am Sinergy,” she replied in a powerful voice. “Why did you summon me here Lifeless girl?” she demanded.
“I-I didn’t summon you?” I replied, finding my voice. “You can leave now.”
Sinergy looked down at the pile of ashes, then looked back up at me.
“Did you kill that demonic spirit Lifeless?” she asked.
“Yeah,” I replied. “He attacked me… so I killed him.”


I wanted to see if I would be able to write a book.


What do you know now that you wished you knew when you first started to write?

Never sign a contract to a publishing company who doesn’t have your best interest at heart.


Tell us about your writing and publishing journey. What made you decide to go the traditional or self-published route?

I have been signed to many publishing companies. None of them seemed to be the right place for me. I am currently self-published.


Who are your favorite authors today? What genres do you love to read?


What are you working on now? What's planned for the future?


I am working on many different projects at the same time. I want to get my Superheroine Vampire Academy books published within the next year.

_________________________
Bria Lexor is a multi-published popular YA author of Urban Fantasy/Paranormal Romance. Bria has always had a fascination with the supernatural and the paranormal as well as folklore. She enjoys watching creepy ghost shows and is obsessed with anime and wrestling (The WWE). She started writing song lyrics at the age of 4 and was a rapper in a Hip-Hop group Called: Mount West. Bria was inspired to become a writer after reading novels like Tithe: A Modern Faerie Tale by Holly Black, The Resident Evil series by S.D. Perry and the Vampire Academy and Bloodlines series by Richelle Mead. A lifelong reader, Bria also became an author after wanting to become a Manga Comic Book Creator as she also draws her own characters for her stories. Born and raised in Colorado, she works on many new Series full-time.

Posted by Rose Montague at 3:22 AM