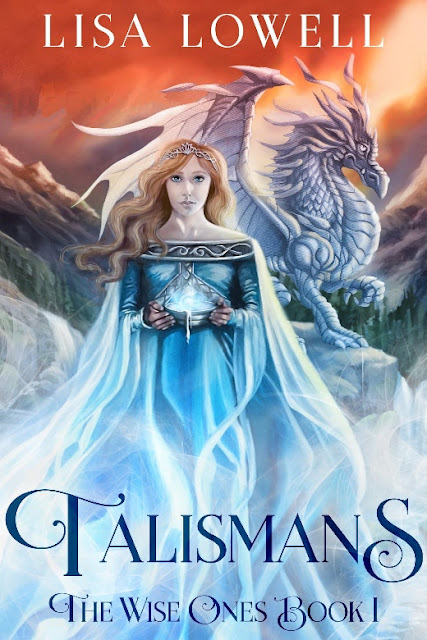 Please welcome author Lisa Lowell to Fantasy Fun Reads. Lisa is the author of the Wise Ones Series.

Owailion awakens with no idea who he is.  However, dragons and magic are somehow a part of his life.  He has become an apprentice to the dragons who are going into hibernation.  They will leave him alone to defend an entire world from demons and sorcerers.  Then there’s the woman.  Book #1 in the Wise One Series. 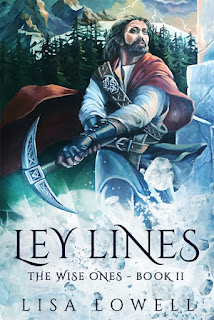 Vamilion is torn.  His Wise One instincts drive him to seek for the lady who will one day be a Queen and his beloved.  He also yearns to be faithful to the wife he loves, even as she is turning him away. One the other hand, outlander sorcerers that covet the Land’s magic, are invading.  Only Vamilion can sense the ley lines that they are tapping.  The Ley Lines lead right into the heart of the Land.  Now even Owailion is driving his protégé until he will crack the Ley Lines, or crack himself into pieces. Book #2 of the Wise One Series. 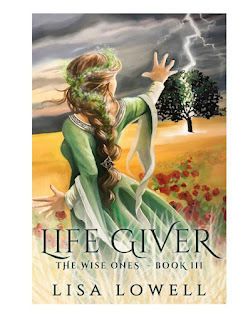 Fighting against fate, a wielder of magic seeks balance as he is gifted with unbridled power – and an inescapable destiny.

The Wise Ones (3 book series)
The link to the entire series is here:  https://www.amazon.com/gp/product/B077LQ4HFS

I have always had artists around me in my family, but didn’t want to compete directly. Since both my grandmother’s wrote and I had access to keyboards from infancy, writing came naturally. My love of magic and mystery led to fantasy and sci-fi and the rest is history.

What do you know now that you wished you knew when you first started to write?

I wish I had realized that what you are writing does not have to be perfect from the get-go. So many valuable starts, inspired ideas and weird twists were tossed simply because they did not fit in with what I’m doing right now. They can be held for later and worked inot something worthwhile.

The Wise One series (and it is a series of nine) has been over thirty years in the making. The book Talismans, that is officially the first in the group was written in 2016. However, the first concepts for the Wise Ones began as early as 1986.

It started life as a fairy tale about a mousy little girl from humble circumstances. I was reading Andre’ Norton’s Gryphon series at the time and found a beautiful drawing of a glorious castle in the book’s illustrations. I wondered how my shy, sheltered girl (thinking of myself at the time) could change herself to become someone worthy to live in such a place. So I crafted a tidal wave of trials, and she transforms herself slowly into a lady. The Sea Queen was born.
All of my friends and family enjoyed the story, but began begging for the back-story of my supporting characters. Unfortunately, there were a lot of them. I ended up having to write each character or two into their own novel and I did this backwards. I used this method to deepen my 'world' and magic system. Thus, they are all written as stand-alone stories with a different antagonist and protagonists in each.
As a result of this unconventional creation, I had to write all nine books before I could approach any publisher. Creativia, my publisher, delighted that all of them are ready to go. And so, the last shall be first, and the first shall be last.

Who are your favorite authors today? What genres do you love to read?
I always need some element of mystical in whatever I read, so mostly I stick with historical fiction from ancient times, sci-fi and fantasy. I also dabble with biographies because of my love for history, but I have to respect or find the person interesting before I’ll pick it up. Right now, my favorite authors are David Brin, Brandon Sanderson and Erik Metaxas. It’s funny that they’re all male. Hummm.

At present I am working on the revision for book #4 of the Wise One series, Heart Stone. I’m also promoting #3, Life Giver and tinkering with a new book for the Dual I wrote two years ago. Three is enough at any one time. 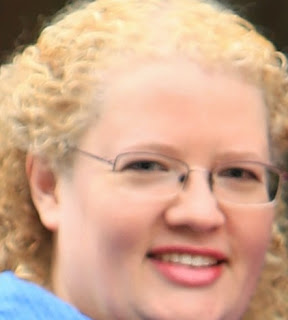